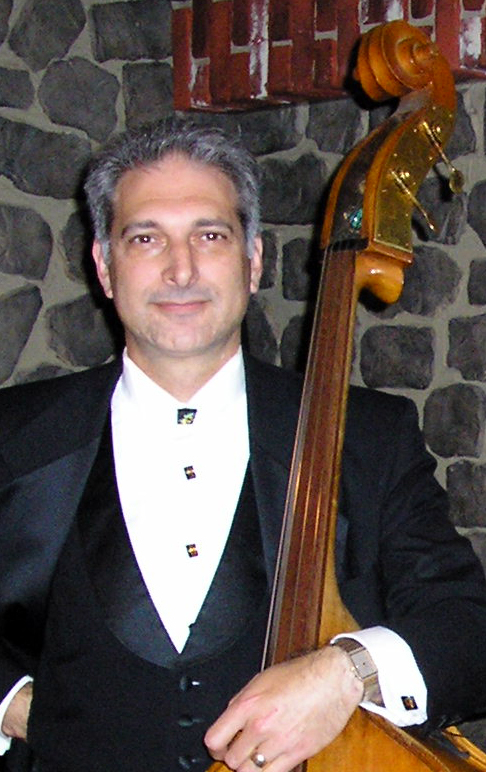 At the University of Connecticut, where he majored in Music Education, he joined “The J P Crab Ensemble”, a contemporary jazz sextet.   They traveled the New England College Coffeehouse Circuit, and performed at clubs, resorts, and festivals throughout the Northeast.  He also appeared with such notables as Bobby Hebb (“Sunny”), and Jerry Jeff Walker (“Mr Bojangles”).  While attending Berklee College of Music as an arranging and composition major, Peter freelanced in the Boston jazz and pop scene.  During his stay in Boston, he benefited from the tutelage of bass greats John Neves and Rich Appleman.

Since returning to Providence, Peter has been an active freelancing member of the local music community, appearing with “The Art Manchester Quartet”, “The Bob Shirtliff Trio”, “Ralph Stuart Orchestras”,  “Duke Belaire Orchestras”, “The Nightlife Orchestra”, and “Soul Purpose” to name a few.  He continued his bass studies with Rhode Island’s own Bob Petteruti.

Through his wife, Catherine, he became interested in composing for dance.  Writing and performing several pieces for the “RI Dance Repertory Company” provided an opportunity to flex his Berklee acquired arranging and composing skills.

He can be seen in duos, small jazz and general business combos, big bands, R & B groups, Broadway show pits.  Current affiliations include  “BarKode” and The Providence Gay Mens Chorus”, “The Tommy Terran Septet” and an as yet to be named duo with James Seabury.